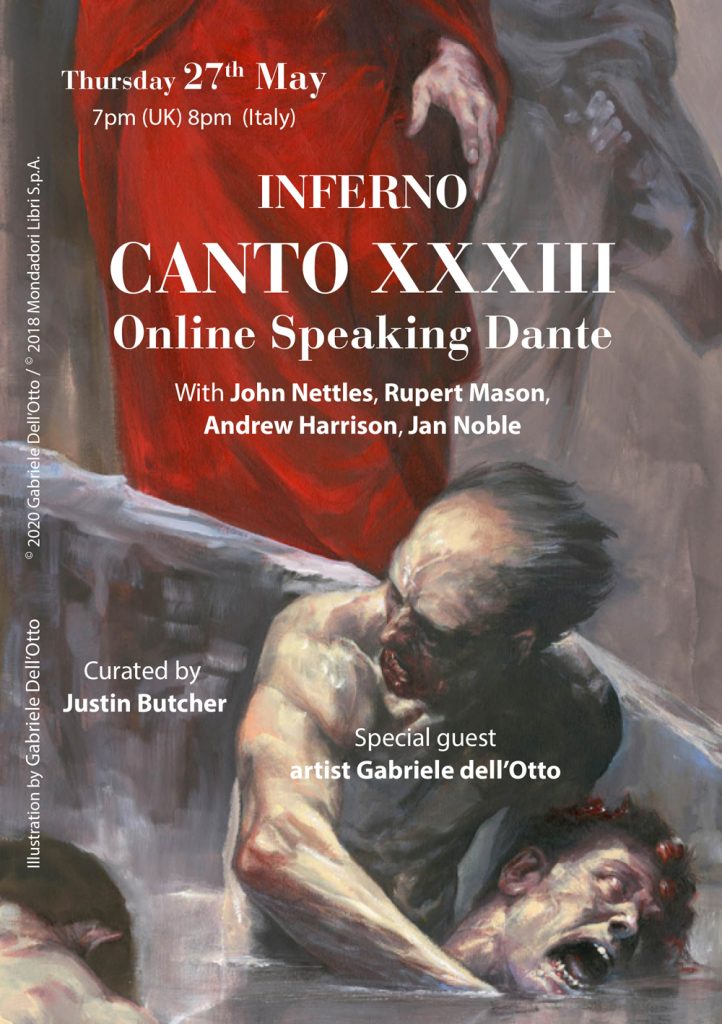 The poets witness the gruesome spectacle of the Ghilibelline Count Ugolino della Gherardesca gnawing at the skull of his former collaborator, Archbishop Ruggieri. He stops in the middle of his gory repast to tell the story of his incarceration and murder along with that of his innocent children. The travellers venture into Ptolomaea, the third division of the Cocytus, where dwell those who betrayed guests and associates. Any tears shed here freeze and lock the eyes in a fixed stare. Friar Alberigo agrees to talk if the icy layer is removed. He declares his soul and that of another to be dead but their bodies to be ‘alive’ on Earth and possessed by demons. Dante breaks his promise.

To find out more, and to book your place, info@JProductions.it