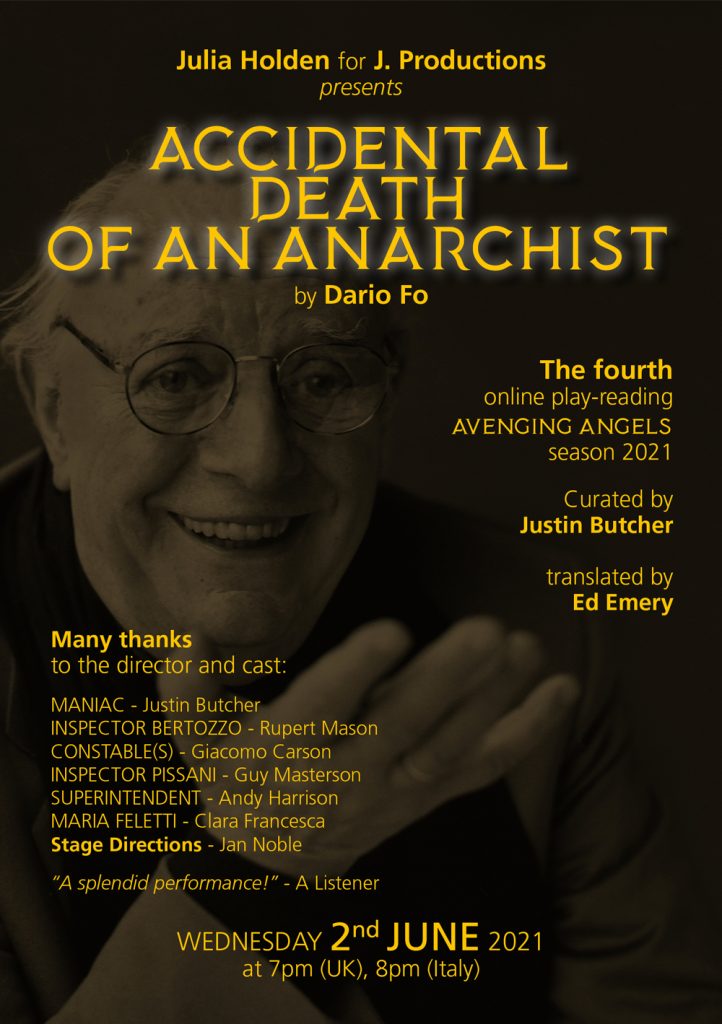 Accidental Death of an Anarchist

Accidental Death derives from the case of Giuseppe Pinelli, a Milanese railway worker who in 1969 was picked up by the police, accused of the Piazza Fontana Banca Nazionale dell’Agricoltura bombing and who “fell” out of a fourth-floor window at police HQ (later he was finally absolved from any responsibility for the bombing). Staged not long after Pinelli’s death, the play shows a revolutionary Pimpernel infiltrating the Milan police office, masquerading as an examining magistrate who has come to re-open the case and driving a coach and horses through the official versions of how the anarchist-suspect came to end up as “jam sponge”.

… [In] Fo’s hair’s-breadth combination of political exposé and pungent vaudeville … the evening remains a splendid reminder that when broad farce and social protest combine, the offspring is a real cracker.’