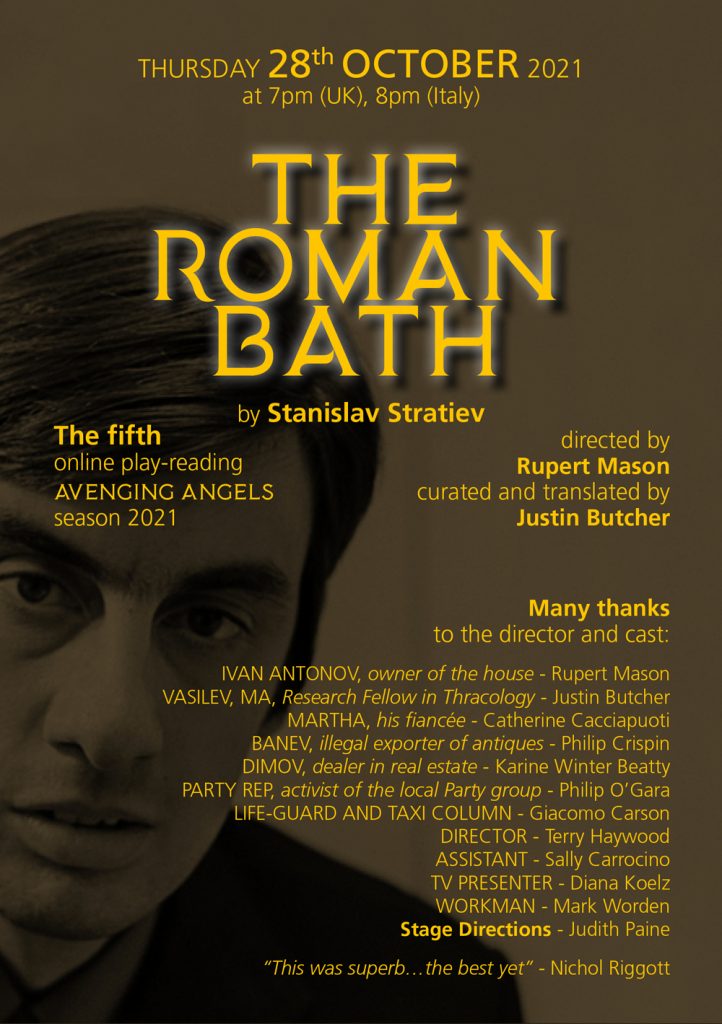 How do dramatists defy tyranny? One way, in communist Eastern Europe, was to write absurdist comedy. Bulgaria’s Stanislav Stratiev’s 1974 play which had a belated British premiere in a sparky version by Justin Butcher just over 10 years ago in 2010 displays all the satiric strengths of the absurdist genre.

The play starts from a simple premise: an historic Roman bath is found under the floorboards of an archetypal ‘little man’, Ivan Antonov. The discovery, however, brings the innocent Ivan nothing but trouble as his flat is invaded by a succession of predatory visitors. A careerist academic turns the apartment into an excavation site. He is followed by a shifty entrepreneur, a state-appointed lifeguard, a hungry for money property developer and a party hack who dreams of creating a swimming pool. Everyone seeks to exploit the treasure trove, while ignoring Ivan’s basic human needs.

“Stratiev pursues his central idea with farcical logic and, in the process, paints a vivid picture of life in the postwar eastern bloc. It’s a world where stifling bureaucracy coexists with covert spivvery, as shown by the black-marketeer who wants to dismantle the bath and secretly ship it to Italy. Butcher’s version also pays tribute to the populist traditions of commedia”

If you would like to participate as an online listener or online reader please email info@jproductions.it