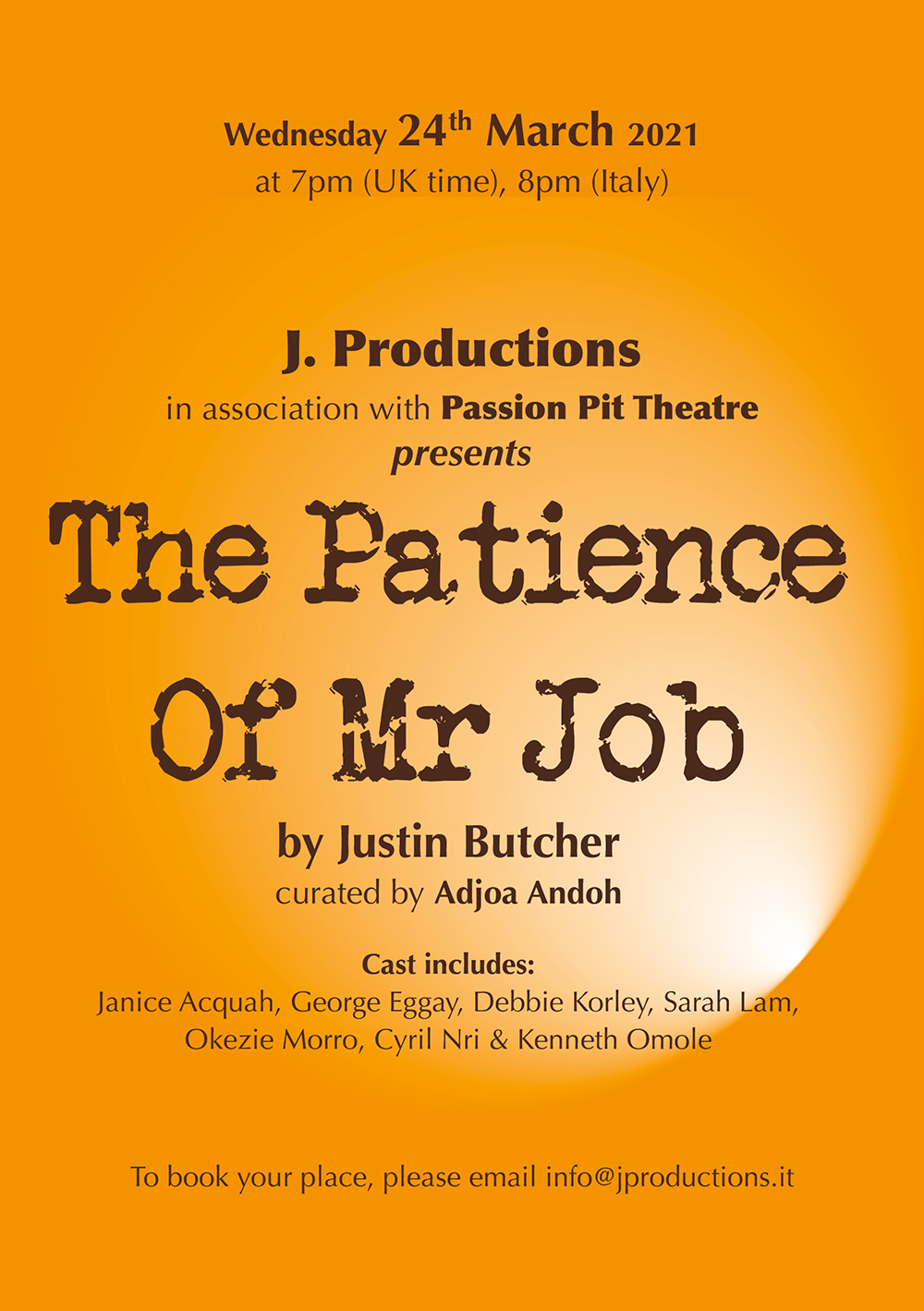 The Patience of Mr Job was produced for BBC Radio 4, first broadcast in 2010, directed by Claire Grove, and starring Jude Akuwudike as Mr Job and Adjoa Andoh as Mrs Job. This online play-reading for J. Productions is directed by Adjoa Andoh (Invictus, Doctor Who), most recently seen playing Lady Danbury in the Netflix smash hit series Bridgerton.