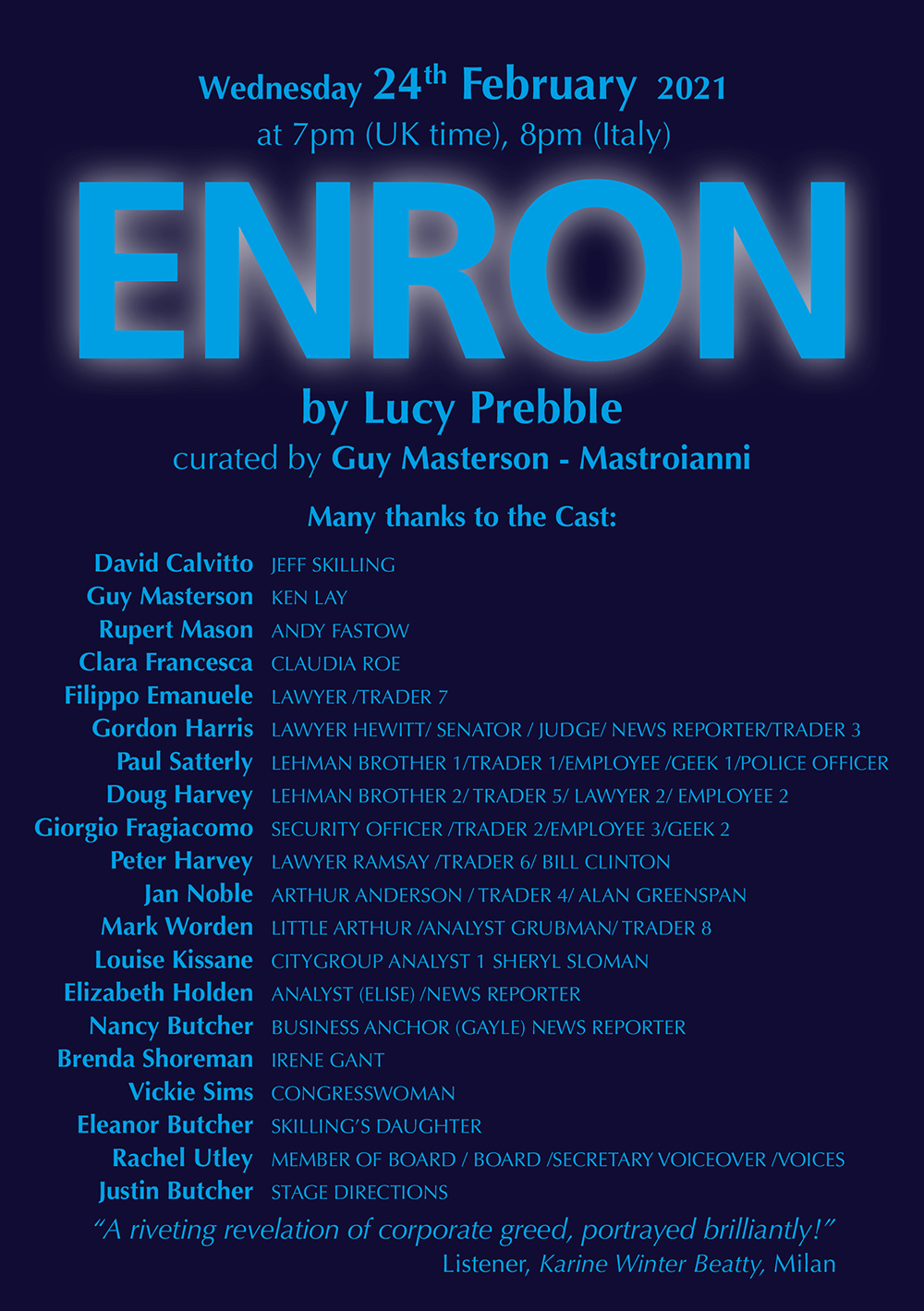 Prebble’s overwhelming point is that nothing has been learned: that, even as Enron employees were losing everything, others were pocketing fat bonuses, as they might today … Prebble and [director, Rupert] Goold, aided by Anthony Ward’s breathtaking designs, show that Enron was a vast fantasy in which everyone was complicit: not least the lawyers, analysts and investors who believed in this self-created bubble and kept it afloat … Even if Enron isn’t the last word on the free market debacle, it is a fantastic theatrical event.’ (Michael Billington, The Guardian)

To participate as a play reader or simply to listen in, please send an email to Julia Holden at: 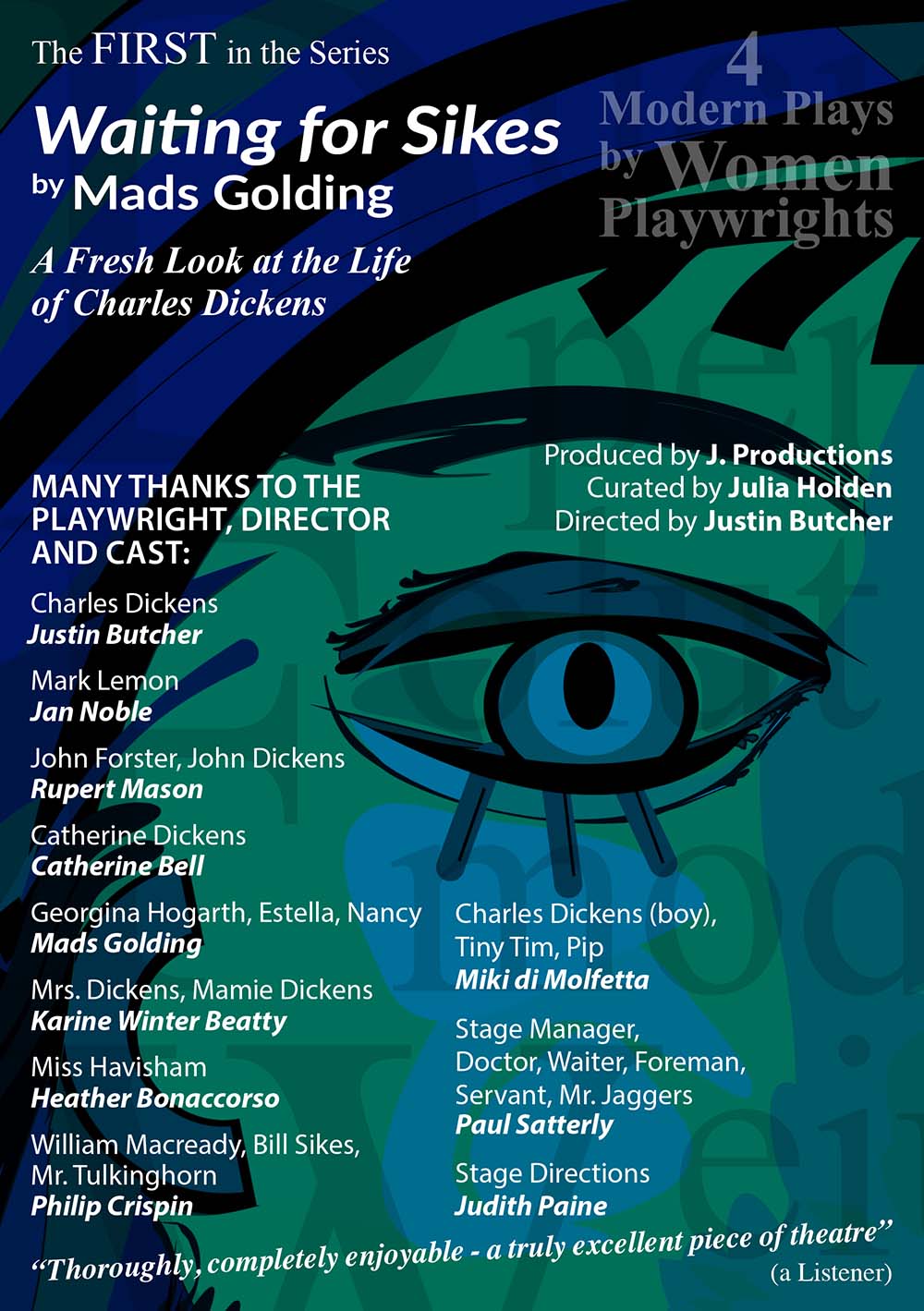