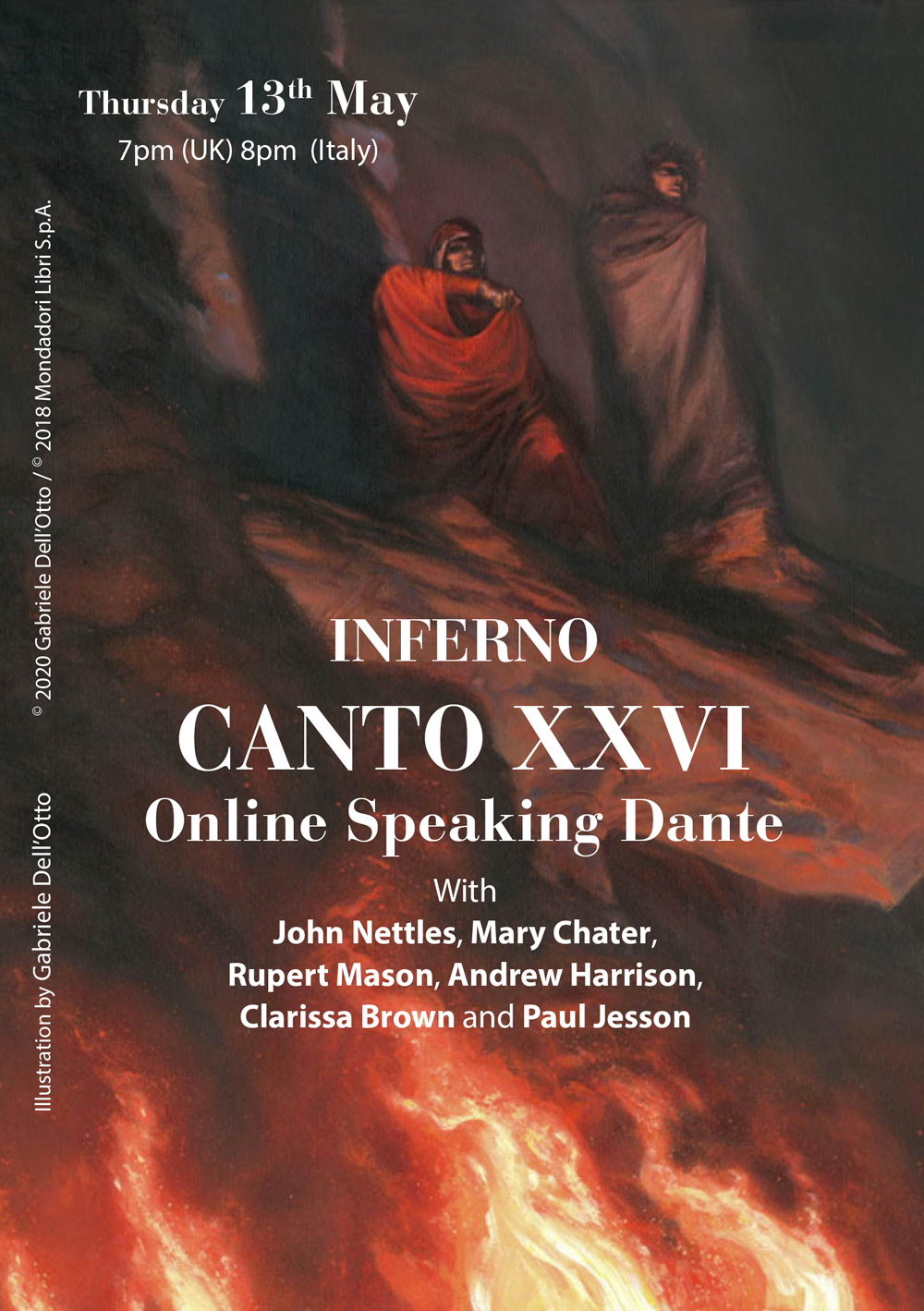 Canto 26
From the ridge high above the Eighth Bolgia can be perceived a myriad of flames flickering far below, and Virgil explains that within each flame is the suffering soul of a Deceiver. One flame, divided at the top, catches the pilgrim’s eye and he is told that within it are jointly punished Ulysses and Diomed. Virgil questions the pair for the benefit of the Pilgrim. Ulysses responds with the famous narrative of his last voyage, during which he passed the Pillars of Hercules and sailed the forbidden sea until he saw a mountain shape, from which came suddenly a whirlwind that spun his ship around three times and sank it.

To find out more, and to book your place, click here.